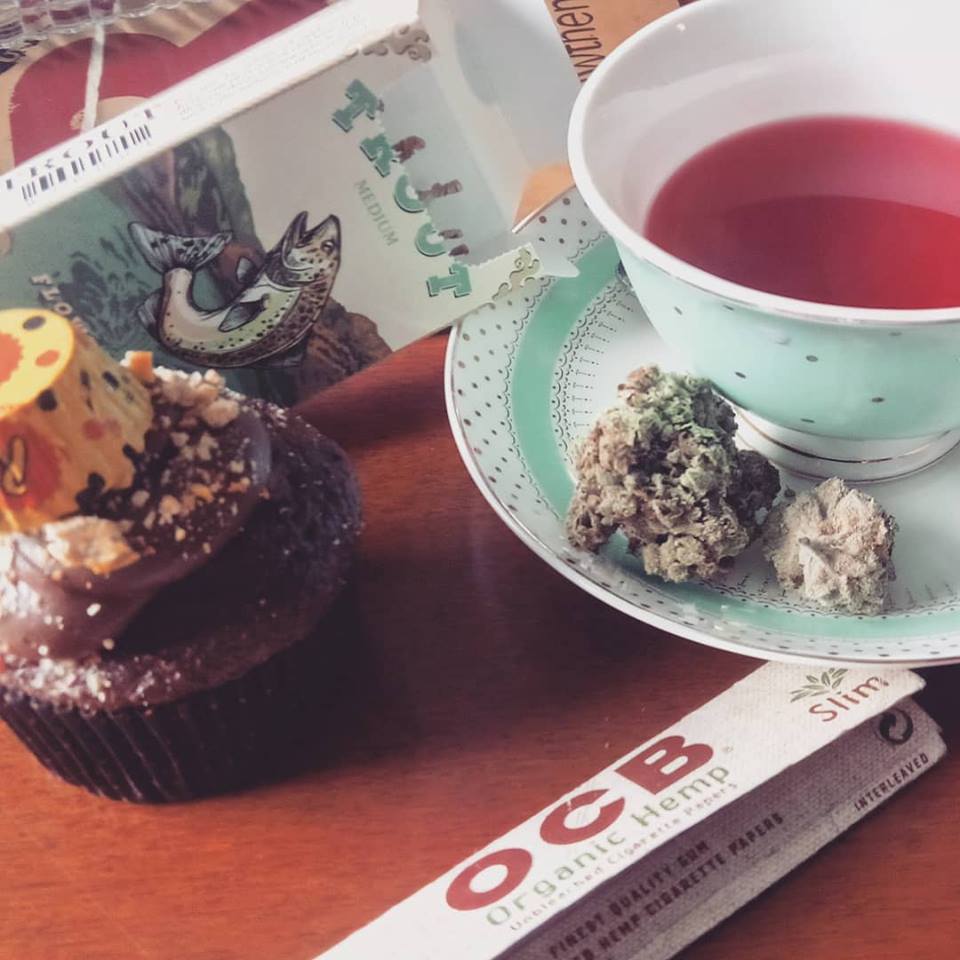 Portland cannabis social consumption cafe owner Leia Flynn is urging Oregon legislators to pass a social consumption bill this year in order to legalize and regulate businesses like hers. However, with conflicting bills being heard in both the House and the Senate, Flynn, who is also a board member of the Oregon chapter of the National Organization for Marijuana Laws (NORML), says she doesn’t support the house bill as written because it is “discriminatory”.

“We are in a situation where we have legalized it and anyone over the age of 21 can purchase it, but you cannot smoke it anywhere unless you own your home,” Flynn says.

She points out that while some people can get away with breaking the law and consuming in public, others are likely to be targeted for the same activities. As a legal assistant for the past decade, Flynn has watched as, post-legalization, law enforcement has disproportionately used existing cannabis public consumption law to target minority communities.

Flynn grew up in a biracial family in a predominantly Black neighborhood where she witnessed law enforcement targeting her community. She says providing neighborhood safe spaces to prevent the unequal enforcement of public consumption laws is a social justice issue. As a former corrections officer, she says she understands the need for clear regulations for law enforcement to enforce, but that until the system itself is adjusted, there is too much room left for discrimination.

“As a white woman i just have an obligation to change the system to protect everyone,” she said.

The key difference between the bills, House Bill 2233 and Senate Bill 639, is a small but significant change to the state’s Indoor Clean Air Act that would allow inhaled cannabis to be consumed inside with proper ventilation. While S.B. 639 would make this change, H.B. 2233 would not. Public health lobbyists have lobbied against S.B. 639 for this reason.

Flynn isn’t disputing the need for an Indoor Clean Air Act (ICAA). However, the ICAA was specifically amended after Oregon voters approved the legalization of cannabis in 2014 in order to prevent cannabis social consumption. She is supporting S.B. 639 instead because it makes the small change to the ICAA that is needed in order to permit indoor inhalation. She says bringing inhaled cannabis consumption inside isn’t just safer for patients and adult users, but keeps it off the streets and in out of the view of children.

Importantly, a key difference in the approaches to the issue is how it would affect tourism and local economics.

Every state in the nation has a version of the ICAA. Nearby California passed the first ICAA in 1976 and today, post-legalization, the state allows for smoking and vaporizing of cannabis in licensed cafes per local ordinances. As more of these lounges roll out, Flynn worries more tourists will choose to visit California over Oregon in order to consume in a safe space.

Further, Flynn says the ICAA is meant to protect employees from cancer-causing tobacco smoke, but cannabis use isn’t associated with these same harms.

“There is no evidence that sitting in a room full of cannabis smoke has ever caused cancer,’ she says.

Unlike tobacco smoke, cannabis smoke is not associated with cancer, despite the federal government trying hard to prove that it is.  (See: Dr. Donald Tashkin, UCLA, government-sponsored longitudinal study on cannabis smoking. Please also see testimony of Paul Armentano of National NORML).

Flynn’s cannabis consumption space is not open to the public. Flight Lounge, also known as “The Tea House” to long-time patrons, is a members only cafe that does not sell cannabis but allows members to bring their own and share with friends over a pot of tea. New members cannot join without the referral of an existing member. Flight Lounge features local artists and is one of a handful of spaces already in operation in the City of Portland per local guidelines. She feels that spaces like hers should exist in every community and one day would like to see her brand in airports around the country.